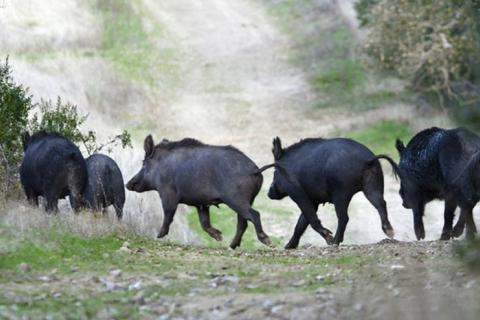 “Don’t shoot it like a whitetail.” My friend was new to wild hog hunting and suffered my coaching for hours the evening before his first attempt at Texas feral pigs.  Although he was a new pig hunter, I watched him shoot the 3D hog target over and over, hitting the sweet spot. He was ready.

We had been perched 15 feet up for several hours when we first heard the snap of a twig. Seconds later, squeals ushered in a sounder of at least a dozen feral hogs, including a mature boar. They filed into the rooted-up field and stopped to browse just 20 yards away. His boar hunting dream now unfolding, my friend drew and released. Thwack! The broadhead buried deep into the pig’s side. He bolted into the dense thicket and the remaining hogs followed.

“Smoked him!” My friend from the great state of Illinois shook with adrenaline and smiled from ear to ear as he made his claim.

“It wasn’t a good shot.” I hated to be the bearer of bad news. “You hit him too far back. I told you not to shoot a hog like a deer. I think it was a gut shot.” His face sunk.

After several hours on our hands and knees scouring the thick underbrush for tiny droplets of blood we both knew it was a hopeless pursuit.

The vital organs on a wild hog are different than those on a whitetail deer. Making an ethical shot requires slightly different shot placement. 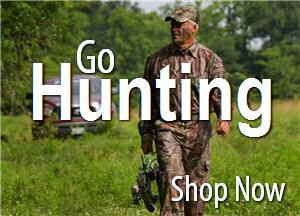 Two points must be understood when considering shot placement. First, it’s common for a hog’s fat to plug entry and exit wounds; this slows, stops or delays your blood trail. Second, a feral pig’s vitals are lower and more forward than those of a whitetail deer.

Shot Placement with a Hunting Rifle

When rifle hunting for hogs, the two most effective shot placements are behind the ear and broadside, through both front shoulders. Confident hog hunters accurately shooting well within their comfort zone might consider sending a well-placed round directly into the recessed spot behind a hog’s ear. This shot stops any pig in its tracks and blood tracking is a non-issue.

The second shot, a broadside opportunity, generally results breaking both shoulders and destroying either the heart or lungs. Broken shoulders obviously make a dead run tough at best. If the pig runs at all, it may bulldoze a short distance then expire, making tracking a cinch. Seasoned hog hunters often quip, “Pin the shoulders together and they won’t go far.”

Shot Placement with a Hunting Bow

The two most effective shot opportunities when bowhunting are quartering-away and broadside. Slightly quartering-away shots are the most desirable, especially with the front leg forward. The heart lies low in the pocket, just to the inside of what might resemble an armpit. Archery hog hunting enthusiasts often suggest an arrow appearing to hit too low just might be a perfect heart shot. Higher shots, up to the midline, cut through lung tissue.

The second shot, broadside, offers a heart shot or lung shot. When shooting smaller pigs the principle of pinning the shoulders still applies. Larger hogs should be hit near the midline precisely on the back crease of the front shoulder.  This shot should be taken while the nearest leg is forward. An arrow placed here destroys the upper lobes of a pig’s lungs.

Hunters are encouraged to use hard-hitting, penetrating rounds of .223 or larger. Bowhunters should consider durable, razor-sharp, fixed-blade broadheads like the popular Thunderhead Fixed-Blade Broadhead or the customer highly rated Muzzy MIX-3 Fixed-Blade Broadheads for deep penetrating, bone-breaking, cut-on-contact performance.  Broadheads should be capable of cutting through up to 2-inches of a boar’s shield and beyond.

Feral hogs are typically considered a nuisance that must be controlled.  However, these animals still deserve the respect of a clean, humane kill and speedy recovery. Hunters should honor their quarry by placing shots carefully and becoming extremely proficient with their rifle or bow.

Tip: Read about the 4 Surefire Signs You Have a Feral Hog Problem

4 Surefire Signs You Have a Feral Hog Problem