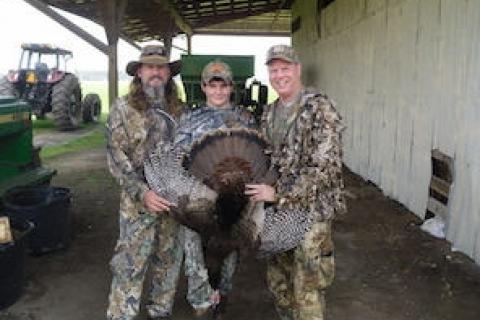 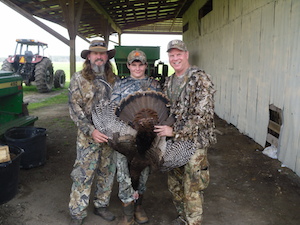 I was contacted by the Outdoor Dream Foundation in early February to guide one of the participants on a turkey hunt at Shady Groves Plantation, located in Orangeburg, S.C. Ten hunters were chosen for this event.

All I can say is WOW! What a great experience! Tony Chachere and I arrived Friday afternoon to meet the hunters. Some of the hunters were patterning their guns; I even got to shoot a gun that had the Burris FastFire ll on it. (Go to www.burrisoptics.com for more information on this scope.)

Later that evening, we enjoyed BBQ chicken with all the fixings. After the meal, each hunter introduced themselves, and some were able to speak about battles they had been through. All the hunters were given a goodie bag with items donated by many of the outdoor manufacturers. 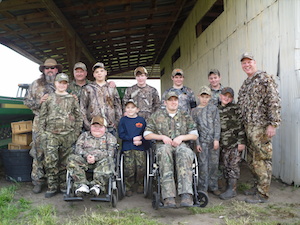 Mark McBride with Outdoor Marketing Group had a big part in getting items donated. Each bag contained items donated by Hunter’s Specialties, Redfield, Weatherby and Leupold. Thanks goes out to all these companies for giving back to a good cause.

Time for a good night’s sleep with the thoughts of a big gobbler in front of them in the morning.

Tony Chachere and I teamed up with Ethan Brown. Ethan has neurofibromas. Ethan is strong and he can get around, but his motor skills are limited. Ethan relies on a wheelchair daily for mobility.

Frankie McCleer, another volunteer, helped with Ethan getting in the blind and assisting in the blind with Tony. I was outside the blind hidden behind some trees. My job was to call a big gobbler into gun range. 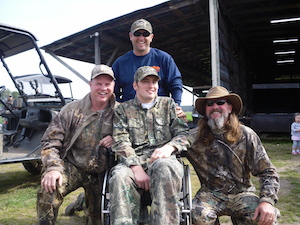 As daylight approached, a few gobbles were heard. I called several hens to the field. Shortly thereafter, a big tom appeared and closed the distance to within 70 yards, but that was as close as I could get him. “Close, but no cigar,” is what Ethan had to say.

These hunters were just glad to be given the opportunity to go hunting. What a great morning!!!!

I would like to thank the Shady Groves Plantation owner, Jeb Brailsford, for donating his plantation for the hunt. Marty Scott also deserves a round of applause for all the time and effort it took to make this event so successful. I also want to thank all the volunteers who helped; I am sure they agree with me that we are the ones blessed to be a part of such a great event. 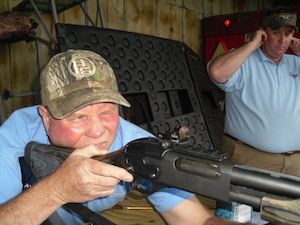 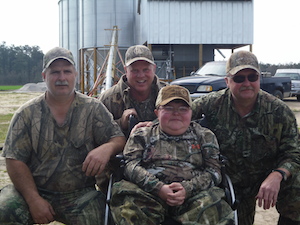 Turkey Hunting Tips: How I Filled My Tags During Spring Turkey Season