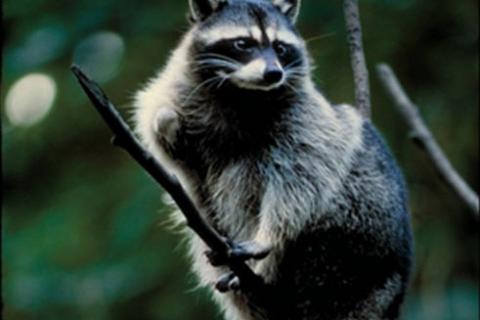 Way back in the olden days when I first started hunting with my father, two of the older men in camp would light out at night with their hounds for a few hours to hunt raccoons.

I had no clue about this. My father didn’t hunt coons then so it was mysterious to me. How did they get around in the dark? Why didn’t they get lost? My father explained that they knew “the lay of the land and the treelines by moonlight.” I later understood what he meant after nighttime forays sneaking into a pond near my buddy’s house to fish and realizing just how well you could move around once your eyes adjusted.

Woodsmanship, honestly, is what those two older gents had. They knew where they were, where their hounds were by listening to the highballs and deep-throated rumbles, and they could tell where the raccoons were heading. They had things laid out in their heads like a map no one else could see.

Today, we’re blessed with technology that assists our woodsmanship skills. Some would say it blunts them, but I’m not in that camp. Not totally. I believe the GPS is handy like a compass, and that a smartphone can be a lifesaver when a flare or fire might not help. Likewise, I think a tracking collar for a coon or squirrel dog is a pretty doggone good idea.

Bird hunters have used tracking collars for years. Early models with a “beep … beep” replaced the bell that tinkled as a dog moved to and fro. Then we moved to beeps and crude tracking on a hand-held unit. The hunter could watch his dog move around in the field or, in the case of squirrel or raccoon hounds, see where they were in the woods.

A few years ago I saw firsthand how far we’ve come with tracking collars. My two hunting pals and I pulled up to get set for our first cast. After putting the collars on, they made sure the Garmin Astro handheld receiver was synced. The dogs took off like hell was nipping at their tails, and we stood in the dark, with the soft glow of a tracking unit showing their route.

I was mesmerized. A child of Atari and Galaga (the greatest video game ever), who remembers my school’s first Xerox machine, was standing in hip boots looking at a gizmo showing me where a pair of hunting hounds was trailing a raccoon. It blew me away, and I loved it. For public land and unfamiliar terrain it was a Godsend. For familiar areas, we could discern routes and start heading toward a creek fork or crossing.

Technology used the right way in the outdoors is beneficial. We’ve seen it. Kids can learn from it. Heck, they can teach us old dogs with it. And it might even make hunting a little more interesting to them, too. Just remember to discuss woodsmanship and being smart with judicious use of technology. There’s a place for both, even with old dogs and coon hounds and collars that glow in the night.

Fish a Float for Summer Crappie

Are You Using the Wrong Gun for Squirrel Hunting?

Alan Clemons has been writing and photographing interesting things for 30 years, starting with his hometown weekly newspaper when he was a senior in high school. Clemons has hunted and fished throughout North America, enjoys just about anything outdoors and pursues other interesting stories related to food, golf and travel whenever possible.