Most rifle shooters recognize that there's no substitute for time spent at the range. They know that to become a competent rifleman, a shooter needs to practice. A whole lot, in fact.

Unfortunately, most of us can't get to the firing line as often as we'd like. Family commitments, work and life get in the way. So we don't pick up our rifles as much as we should and, when we do make it to the range, we're generally not as prepared as we should be.

Luckily, there's a whole lot a gun shooter can do during the off time. I'm referring to common sense preparations and practices that can, and will, promote better shooting. With that in mind, here are a few suggestions that will help you make the most of that precious range time when the blessed day finally arrives.

Use the Right Caliber in a Rifle You Can Handle 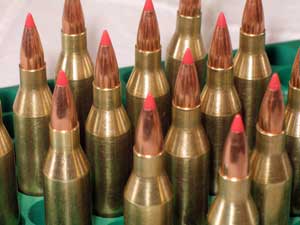 Though it's rarely spoke of, one of the most important steps to better shooting is buying a quality rifle in a caliber that you can handle. Your rifle, after all, is the foundation on which you'll build your marksmanship.

Yes, it's nice to own a large caliber rifle that's capable of slaying a rogue elephant or two, but if you can't shoot it well, or if it's overkill for the game you hunt, where's the gain?

Your choice of rifle caliber shouldn't be guided by the latest trends in your favorite rifle magazine or some macho notion of what constitutes a "real man's" caliber. Instead, it should be strongly influenced by your physical stature, sensitivity to recoil and the game you hunt. If you're an inexperienced shooter, it doesn't hurt to err on the side of lighter recoil either — you can always buy a heavier caliber after you've gained more experience.

Simply put, you'll never develop good shooting habits if your chosen caliber punishes you every time you send a round downrange. Instead, you'll develop a flinch and, in time, a strong aversion to shooting it. That's why it's far wiser to get a rifle that you can manage; after all, when it comes right down to it, shooting is about shot placement. And a shooter who doesn't flinch places shots more accurately every time.

Ensure You Have a Proper Fitted Rifle 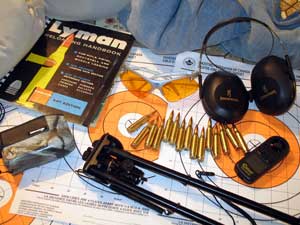 In my mind, proper fit is as easily important as the right caliber choice. This reduces the effects of felt recoil, make sighting quicker and more natural, and ensures that you don't have to contort or stretch to pull the trigger. Most gunsmiths I speak to tell me that a surprising number of hunters use rifles that simply don't fit the way they should. Those folks have placed themselves at an immediate disadvantage.

To achieve correct length of pull and overall fit, shorter hunters might consider purchasing a youth model rifle or having a gunsmith shorten the stock of a standard version. One problem with youth model rifles, however, is that they generally come in a limited range of calibers.

Taller hunters, on the other hand, might need to add spacers or different recoil pad systems to ensure the right fit. Whatever your stature, wear typical hunting clothes when you first evaluate fit.

Fit is not just about length of pull either. Some people could benefit by attaching a cheek pad to their rifle stock. The right one will help automatically align your head to the sight. Similarly, some shooters would do better with a rifle that has a slimmer fore end or different size or style of grip. In some cases shims might help too. The point is, the better the rifle fits, the easier it is to be comfortable and consistent in your technique.

While shooting accessories won't make you a good marksman, they can certainly support that goal. For instance, quality earmuffs like the Browning Buckmark ll Hearing Protector will safeguard your hearing and a good set of shooting glasses will protect your eyes from backblast. Combined, these things reduce the odds of you developing a flinch.

Though I don't personally use them, I know experienced shooters who swear by sissy pads (shoulder recoil pads) like the Cabela's Rifle Shooter Recoil Pad when practicing on the range — even when shooting relatively light rifles. Their theory is that there's no such thing as too little recoil, which is something that's very hard to argue with. Again, you're far more likely to develop a flinch if you're noticing recoil, having your eardrums assaulted by noise or worrying about your eyes. Taking the necessary steps to eliminate these issues will allow you to concentrate on the mechanics of the shot.

These days, most new quality rifles come with reasonably good triggers. Having said that, there are some that could stand improvement. If that's the case with yours, invest in a good, adjustable aftermarket trigger or a bit of gunsmithing to improve the one at hand. This is something that you won't regret. Few modifications, in my experience, make so immediate a difference to a shooter's performance and enjoyment of the rifle.

Want to make the most of your rifle's potential? Then start reloading.

Though factory ammo has come a very long way, a custom load worked up for your particular rifle is still very hard to beat. My reloads group much better than comparable factory loads — typically, at least 50 percent better.

There's more to it than that though. Once you find your rifle's pet load, you'll be eager to learn its trajectory and how it's affected by wind too. Mostly, however, you'll shoot more and learn to have complete confidence in the cartridges you've lovingly assembled. Again, that's one less thing to worry about.

Okay, forget all the gear and modifications — maybe your rifle is perfect for you and needs no improvement; perhaps you've already found a pet load.

I have yet to meet a hunter though, who could not improve upon his or her shooting technique. The best shooters are constantly striving to progress even further. And they know that solid shooting positions form the foundation of the shot.

Watch video tips about gun storage. As a gun owner your responsibility is to store your firearms safely and securely.

So why not take the time to learn, practice and perfect your rifle firing positions? Grab a Hunter-ed Safety course manual, a trusted book on shooting, or whatever other handy reference you have and learn the sitting, kneeling, prone, and standing positions with your unloaded rifle in hand. Needless to say, you should practice in an empty room, ensure no ammunition is within reach and then keep the firearm pointed in a safe direction treating it always, as if it were loaded.

If you use a bipod, shooting sticks, a gun or rifle sling or shooting bags familiarize yourself with their use too. It might seem a bit silly, but the truth is that most casual shooters are not as consistent or comfortable with their shooting positions as they should be. All it takes is a bit of practice to get it right.

While you're improving your shooting positions, add dry firing to the exercise. Dry fire practice with your centerfire rifle is an excellent way to improve your shooting skills. (This is not advisable with a rimfire rifle, as it can damage the firing pin.)

Tip: Dry firing is the practice of shooting a firearm without ammo in the chamber. You go through the motions as if you are actually firing; you pull the trigger, the hammer drops. This process helps you practice shooting techniques without using ammunition.This is an incredibly important practice component. That's why military and Olympic shooters utilize it so much in training.

Here's your chance to perfect your shot sequence. Be consistent with your hand positioning and grip, develop proper breathing technique, cheek weld, sight picture, trigger press and follow through. Uniformity is key. Concentrate, without distraction, through each shot sequence until it becomes second nature. This builds muscle memory and has even been know to cure a flinch.

You don't have to dry fire hundreds of times each session either. It's much more important to strive for quality. You're trying to develop good habits that you'll carry with you for each and every shot. By the time you get to the range this should be second nature.

Though shooting is not an outwardly athletic sport, maintaining a level of fitness is still advantageous. Among other things, this allows you to comfortably assume a variety of shooting positions, breathe easier and remain calm under pressure. Needless to say, it's also beneficial when hunting and in every other aspect of life. So, exercise according to your abilities and doctor's advice. It pays huge dividend in life and on the range.

Certainly, none of these things are substitutes for proper shooting practice at the range. But they do help build a level of confidence and familiarity with your rifle and shooting technique. And with these qualities, you're well on your way to becoming a better shot — long before you ever get to the range.

What Every Bowhunter Should Do After the Shot

Resurgance of the Scout Rifle

Steve Galea makes his living as an assistant editor for Ontario Out of Doors magazine, where he is best known for My Outdoors, his back page humor column that has run continuously since 1996. He also writes columns for five weekly newspapers across Ontario and has contributed to several books on the outdoors. When not writing, Steve spends time fly fishing and tying. He also enjoys using bow, rifle or shotgun, depending on the hunting season. His English springer spaniel Callie is an eager…