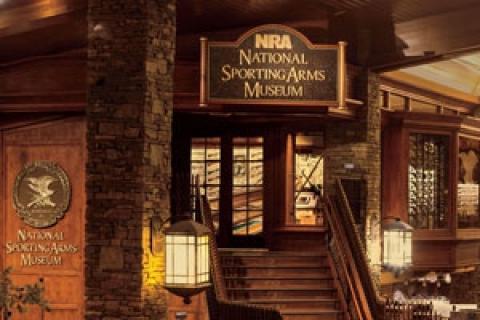 It features some of the most impressive collection of sporting arms artifacts, including presidential shotguns, flintlock fowlers of English kings and guns owned by one of the greatest female shooters of all time — and it's located in the heart of the Midwest.

The NRA National Sporting Arms Museum, located inside Bass Pro Shops in Springfield, Missouri, houses more than a thousand firearms from the 1600s to modern day. The museum is free to the public and open seven days a week, from 10 a.m. to 7 p.m.

The museum, which opened in August 2013, has attracted more than 375,000 visitors to date. Inside, visitors find important firearm collections, including guns owned by Annie Oakley, pistols carried by outlaws of the Wild West such as Jesse James, and even Napoleon's double barrel flintlock fowler.

Special exhibits showcase engraved sixguns of the Civil War, guns of Texas Rangers and military arms of the world. And even guns of Hollywood, such as John Wayne and Tom Selleck.

Walk through a timeline of American sporting arms, with five large exhibit cases and five dioramas portraying the development and evolution of hunting arms dating back to the pre-colonial times.

Museum attendants are there to answer any questions. Be sure to set aside plenty of time to walk through this 7,500-square-foot one-of-a-kind collection on your next trip to Bass Pro Shops in Springfield, Missouri.

For more information on the museum, visit http://www.basspro.com/nramuseum.