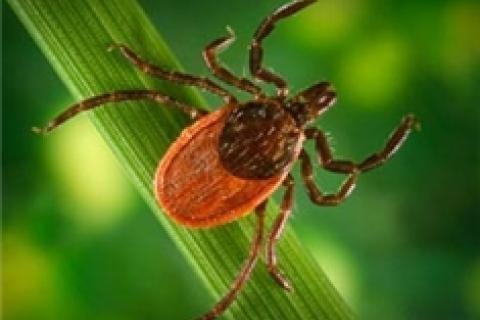 Several types of ticks are vectors of disease-causing bacteria, viruses and protozoans, including the American dog tick, brown dog tick, Lone Star tick and Rocky Mountain wood tick. It is the blacklegged tick, however, (better known as the deer tick) that has garnered most of the bad press in recent years. That's because blacklegged, or deer, ticks are more likely than other tick species to carry the bacterium Borrelia burgdorferi, which causes Lyme disease, the most common bug-borne illness in the United States. (Blacklegged ticks also are vectors of the diseases babesiosus and anaplasmosis.)

Tip: Campers, hunters and anglers be sure to add insect repellents, bug spray and sunscreen to your shopping list at Bass Pro Shops.

Lyme disease was first recognized in the U.S. in 1975 after an unusual outbreak of arthritis near Lyme, Connecticut. Since then, reports of Lyme disease have increased dramatically, and the disease has become an important public health problem in some areas.

According to the Center for Disease Control and Prevention (CDC), there were 24,364 confirmed cases of Lyme disease in the U.S. in 2011, the most recent year for which statistics are available.

In general, ticks need to be attached for 36 to 48 hours before they can transmit the Lyme disease bacterium. Most humans are infected through bites of immature ticks called nymphs. Nymphs are smaller than a pinhead (less than 2 mm or .08 in.).

Adult ticks also can spread Lyme disease, but they are much larger (about the size of an apple seed) and more likely to be discovered and removed before they have time to transmit the bacteria.

Tip: Learn All About Lyme Disease from the CDC

How People Get Ticks 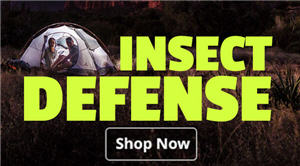 Blacklegged ticks search for host animals from the leaf litter of the forest floor or from the tips of grasses and shrubs. Ticks crawl onto animals or people that brush against them; ticks cannot jump or fly. Ticks found on the scalp usually have crawled there from lower body parts.

The risk of exposure to ticks is greatest in the woods and in edge areas between lawns and woods. But ticks also are carried into lawns and gardens by animals and into houses by pets. Campers, hikers, outdoor workers and others may be exposed to infected ticks in wooded, brushy and grassy places. People living in houses built in heavily wooded areas where infected ticks are common also are at higher risk for exposure.

Tip, Also Read: How to Remove a Tick Embedded in the Skin

If a tick harboring Lyme disease bacteria remains attached for three to four days, there is a good chance the victim will become infected. Different symptoms occur at different times. Not all patients with Lyme disease exhibit all symptoms, and many of the symptoms occur with other diseases as well. If you believe you may have Lyme disease, it is important to consult your health-care provider for proper diagnosis.

The first sign of infection is usually a circular rash that occurs in 70 to 80 percent of infected persons. This begins at the site of a tick bite after a delay of three to 30 days. A distinctive feature of the rash is that it gradually expands over a period of several days, reaching up to 12 inches across. The center of the rash may clear as it enlarges, resulting in a bull's-eye appearance. The rash may be warm but is seldom painful. Patients also may experience fatigue, chills, fever, headache, muscle and joint aches, and swollen lymph nodes.

Untreated, the infection may spread to other parts of the body within a few days to weeks, producing an array of discrete symptoms. These include loss of muscle tone on one or both sides of the face (called facial or Bell's palsy), severe headaches, neck stiffness, shooting pains, heart palpitations, dizziness and pain that moves from joint to joint. Many of these symptoms will resolve, even without treatment.

After several months, approximately 60 percent of untreated patients have intermittent bouts of arthritis, with severe joint pain and swelling. Large joints are most often affected, particularly the knees. In addition, up to five percent of untreated patients develop chronic neurological complaints months to years after infection. These include shooting pains, numbness or tingling in the hands or feet, and problems with concentration and short-term memory.

Most cases of Lyme disease can be cured with antibiotics, especially if treatment is begun early in the course of illness. However, a small percentage of patients have symptoms lasting months to years even after treatment with antibiotics. These symptoms can include muscle and joint pains, arthritis, cognitive defects, sleep disturbance and fatigue. The cause of these symptoms is not known.