How to Protect Yourself Against Biting and Stinging Bugs 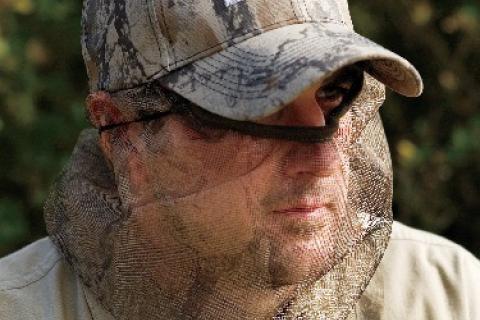 Dealing with insects is a given for anglers and hunters as our activities regularly put us in bad bug situations. West Nile virus, Lyme disease and allergic-reaction-causing stings are all potential dangers inflicted by biting and stinging insects, but they shouldn't stop us from enjoying the outdoors. Learning more about prevention through precaution and protection is the best safety measure you can follow this bug season.

Mosquitoes and the West Nile Virus

West Nile virus (WNV) is passed to humans via the bite of an infected mosquito. Most individuals who contract WNV have mild flu-like symptoms, while others show no symptoms at all. Individuals with fragile immune systems or chronic diseases could face serious health problems if they contract the virus.

Mosquitoes are attracted to dark colors, so wear light colored clothing and cover as much skin as possible. When mosquitoes are swarming, increase your defenses by wearing bug shirts, mesh head nets, and insect-repellent applied to clothing.

Bug sprays containing federally approved ingredients will protect uncovered skin. For most anglers and hunters, using sprays with DEET is standard in heavily infested bug areas. The concentration of DEET in repellants provides users with varying quantities of protection; the higher the percentage of DEET, the longer the protection. A DEET concentration of 15% will provide roughly five hours of protection, while 5% will offer you two hours of armor. Most repellants come in spray bottles, but towelettes are a relatively new alternative and are easily stored in tackle boxes and glove compartments.

Bug sprays containing federally approved ingredients will protect uncovered skin. For most anglers and hunters, using sprays with DEET is standard in heavily infested bug areas. The concentration of DEET in repellents provides users with varying quantities of protection; the higher the percentage of DEET, the longer the protection. A DEET concentration of 15% will provide roughly five hours of protection, while 5% will offer you two hours of armor. Most repellants come in spray bottles, but towelettes are a relatively new alternative and are easily stored in tackle boxes and glove compartments.

Many spring fishing trips corresponding with the arrival of black flies have turned ugly, causing unprepared anglers to swat themselves silly and turn the air blue with words unmentionable in this article. Although black fly bites aren't painful, the post-bite itch screams for scratching, and their incessant swarming will test your mental resolve. The best protection against black flies is wearing the same light-colored, full-length clothing you would wear to ward off mosquitoes and to apply insect repellent to exposed skin.

Deer flies are just as tenacious as black flies; however, they pack a painful bite as well. Covering skin and using repellents can sometimes deter deer flies, but not always. In this case, the TredNot Deerfly Patch is a simple, chemical-free counter-strike to these pesky bugs. Place the patch on the back of a hat with its sticky, flesh-colored side up. The flies are attracted to the patch's skin color and become stuck to the patch once they land. As flies often attack the highest flesh-colored area on their victims, the patch should always be placed on the back of your hat.

Two patches constitute a week's supply.   No-See-Ums are frustrating foes. They include sand flies, biting midges, and other miniscule bugs that inflict a painful bite. Small enough to pass through screens, these bugs can quickly ruin a great trip once they start biting. Applying insect repellents and covering as much skin with fine mesh clothing will fend off these critters.

About Ticks and Lyme Disease

Lyme disease is transmitted to humans from the bite of an infected deer tick. Early symptoms may seem flu-like, but if left untreated or undiagnosed, Lyme disease will affect many of the body's systems: brain, nervous, cardiovascular, digestive, respiratory, and musco-skeletal. Not all ticks are infected, and only those that carry the Lyme spirochete, or bacteria, in their saliva can transmit the disease. In some areas Lyme disease is considered endemic. In these areas, Lyme disease is established and cycling in nature. That doesn't mean non-endemic areas aren't affected though. Each year, infected ticks are distributed randomly to northern areas, transported by migratory birds from southern endemic areas.

Ticks reside in natural corridors and moist, leafy or wooded areas, waiting to latch onto a host for a blood meal. Covering skin is a must. Tuck pants into socks (some seal this joint with duct tape) and wear high fitting boots. Long-sleeved shirts with tight fitting cuffs and gloves will protect the upper body. Applying repellents to exposed skin will reduce the chances of tick bites.

Once home, perform a tick inspection and remove ticks immediately if located. In the spring, ticks will be the size of a poppy seed and by late summer they can be the size of a sesame seed. The best way to remove a tick is with a very fine-nosed set of tweezers, so make sure you carry these in your first aid kit. Using the tweezers, grab the tick as closely to your skin as possible and pull away from your skin. Do not twist the tick or pull too hard to separate it. Once removed, clean the area with antiseptic. Keep the tick in a container. If you experience symptoms of Lyme disease (headache, fever, muscle or joint pain, light sensitivity, or a bulls-eye skin rash) see a doctor immediately, and bring the tick with you for testing.

Tip: How to Remove a Tick Embedded in the Skin (video)

About Hornets, Wasps and Bees

Avoidance is the best practice around stinging bugs as insect repellents do not discourage them. Keep clear of nests and hives. Accidentally disturbing these domiciles can result in being attacked and stung. Many people also get stung when these bugs become trapped in clothing, and then sting out of panic or fear. To avoid picking up these stingers, tuck in pant legs and wear shirts with snug-fitting cuffs.

Individuals with severe allergies to stings should carry EpiPens, which is an auto-injector that administers epinephrine to prevent anaphylactic shock. These individuals should use EpiPens directly after a sting and get to a hospital immediately. If you or someone in your party gets stung, it's important to monitor them and watch the speed and severity of the body's reaction. This is important as many people will develop allergies as they age.

Tip: Made of tightly woven mesh the Coghlan's Mosquito Head Net helps you ensure mosquitoes and other flying insects don't ruin your camping or fishing trip.

Severe reactions require immediate hospital attention. Symptoms include difficulty breathing, swelling of the tongue and skin eruptions. An intermediate reaction usually involves swelling that travels from the sting site to other areas of the body. If swelling travels to the neck and affects breathing, it's vital to get to a hospital.

Redness, swelling and pain in the sting area are normal, even for those not allergic to stings. The sting site can be treated with a thick paste made from baking soda and clean water. Bread can also be used. Cover the paste with gauze and allow it to dry. The drying process will actually draw out toxins from the sting or bite. An ice pack or cold compress can also be used to reduce swelling, but be careful not to wet the paste.

For the most part, bugs are mere annoyances that occasionally pack a painful bite. But West Nile virus, Lyme disease and the allergic reactions to stings are good reasons for safeguarding yourself against bugs this season. Just be sure to carry the proper gear to prevent bites and handle stings. Knowing you possess the skills and tools to counter such "buzz kills" will allow you to enjoy the outdoors instead of fretting over those pintsized pests.