Why Do We Hunt? 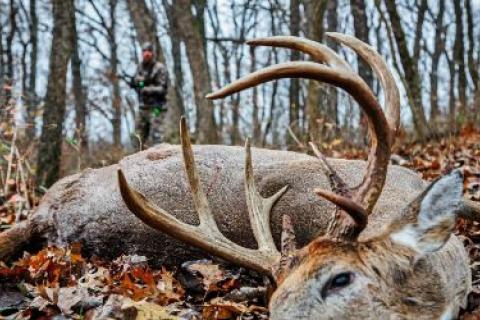 Hunters have been lying.

Or, at the very least, we haven’t been telling the full truth. I’m a hunter. I would know.

We’ve been giving all sorts of reasons as to why we hunt. We have documented the $2.9 billion that sportsmen contribute every year for conservation. We explain the population control that results in less wildlife disease, starvation, and animal-automobile collisions. We tout the health benefits of consuming wild game.  We even convey the relaxation that simply being in the field can provide. These are all great reasons and are all true.

However, not one single hunter has these motives cross their mind in the moments before we squeeze the trigger. 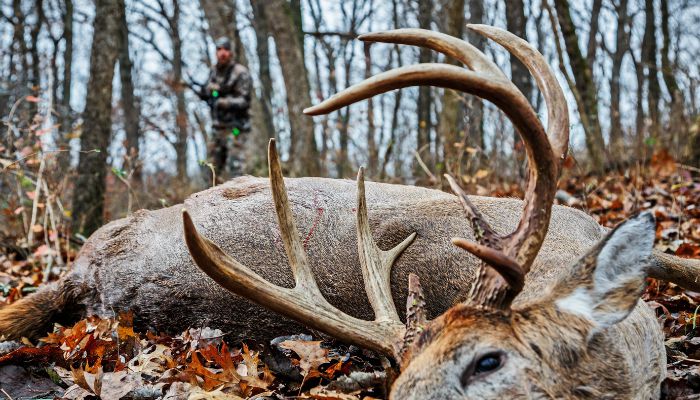 Killing is a tough thing to discuss in today’s society. Not many people encounter it in their daily lives. It’s easy to ignore in our world of privacy fences, airbags, and packaged meat. We begin to believe that death only occurs as a result of old age or accidents, and that it should be buried six feet under in an ornate box.

We forget that death is constantly happening all around us.  From the bugs in your porch light to the bears in Alaska, every species is either killing or doing everything in their power to avoid being killed. It wasn’t long ago that humans were actively involved in this process.  In many parts of the world we still are.

Do you think that this kill-to-survive instinct—something so integral to our very survival—would simply leave the human brain with the invention of color television?  That infomercials of cuddly pandas would reverse thousands of years of survival programming?

Perhaps that’s the case for some of you. Maybe your programming steers toward the gatherer end of the hunter-gatherer spectrum. It’s possible that you’re comfortable sitting at home all fall, watching Netflix and eating salad.  There are cold November mornings that make me wish I could be like you. But I can’t.

When I feel that first autumn breeze and the leaves begin to fall, something inside of me changes. My heart and my mind collectively pull me to the woods. Sometimes it’s not even that I want to hunt—I feel that I have to. It’s where I belong.

I’ve talked to many others who feel the same way.  It may be the deep timber, duck marsh, or mountain peaks that beckon—but it’s the same familiar calling.

Simply spending time outdoors is not enough. A walk in the woods will not suffice. There is something about hunting that unlocks a part of our minds that is otherwise untouched. The pursuit of a game animal requires a solitary focus unmatched in our daily lives. All other concerns melt away in comparison.

The focus of a hunter is never at a more heightened state than when a mature animal presents a clean, ethical shot.  When months or even years of preparation come together into one final moment the surge of adrenaline is indescribable.

This all-consuming passion, however, is not to be confused with aggressive rage. It is a focused reverence for the natural world in which we find ourselves immersed. This same respect calls us to plant food plots and enhance habitat. It drives us to clear shooting lanes and spend hours at the range. It allows us to hold off on risky shots and pass on young bucks. To imply that hunters lack compassion for the animals they pursue is not only incorrect—it is downright insulting.

Killing is not an action to be taken lightly. We understand, possibly more than anyone, the weight and responsibility of taking a life.  After the trigger is pulled we experience a flood of emotion. There is an elation that accompanies the achievement of a hard-fought goal.  There is a sense of reverence at holding such a wild creature in our own two hands. There is also a feeling of remorse that death occurred and the realization that each life is fleeting—including our own.