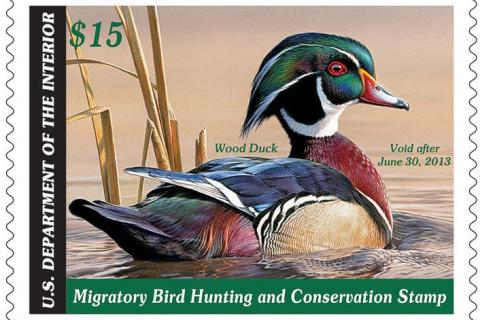 I was on the VIP list of PRO Staff to attended a ceremony at the Richmond Bass Pro Shop for the unveiling of the 2013-2014 Federal Conservation Duck Stamp. This ceremony was for the First Day of Sale of the Federal Duck Stamp and Junior Duck Stamp held June 28, 2013. What a marvelous experience attended by political and business notables, waterfowl hunters,conservationists and outdoor recreationists were present plus some very serious stamp collectors. The crowd was comprised of attendees from all over the United States. The stamps were beautiful. The Federal Duck Stamp features a common Goldeneye painted by wildlife artist Robert Steiner and the Junior Duck Stamp, a canvasback painted by Madison Grimm, 6 was equally impressive. You can read the USFWS News Release here for more information. 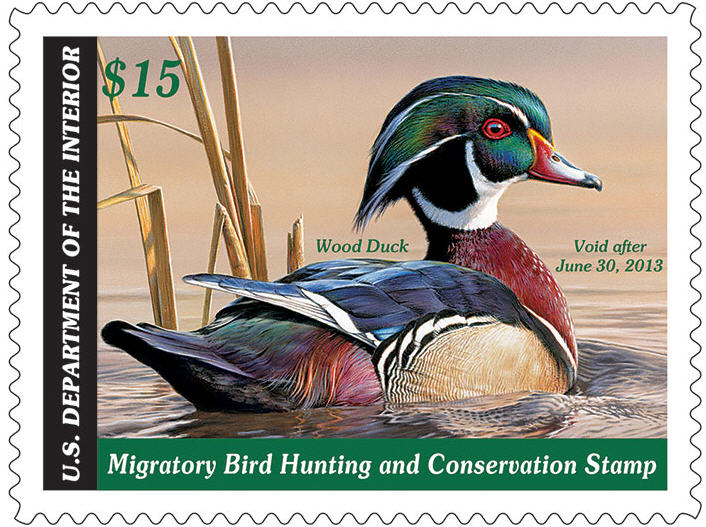 The speakers spoke of astonishing figures on the funds this program has raised for habitat conservation in its eighty year history. Bass Pro was lauded for their part in the program. Virginia has been chosen twice as the location for this ceremony...quite an honor!

My writing is to bow deeply and pass accolades to the store's management and staff who produced a flawless, interesting program. The program was begun by a Color Guard presenting the flags, a staff member sing the National Anthem followed by a well deserved round of applause.

The stage setting appeared to be a marsh with fog, ducks and a reed back drop. As the program began a faux shotgun blast with talcom smoke was fired by a manakin in camo from a nearby boat. At this point one of the ducks suspended in front of the seated attendees fell realitically to the floor! great showmanship.

Greg Bulkley, Richmond Store Manager, should be personally recognized for designing the ceremony area, crowd control, food services ( there were two during the day ). We were all proud to be affiliated with the Richmond store under his direction.

The program ended by the Color Guard returning to remove the colors and a VIP luncheon hosted by the store. All arrangements were perfect and a flawless program was the result.