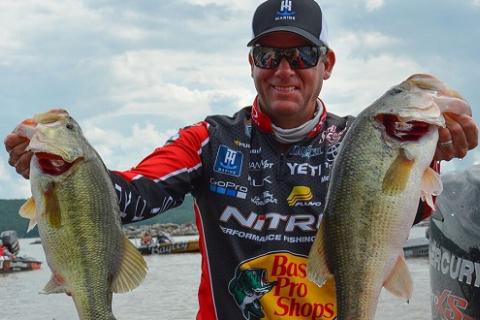 It's that time of the year again in the professional bass fishing world. That time is preseason for the upcoming Bassmaster Elite Series regular season starting in February.

This year will bring the pros to some old haunts and some brand new venues as far as bass busting for big bucks.

So, what spots on tour are getting the pros revved up? Pros4- 1Source asked several Elite anglers about the locations they are most jacked about for the up coming season. Read on and find out who is giddy as a little kid waiting to go to Disney World for 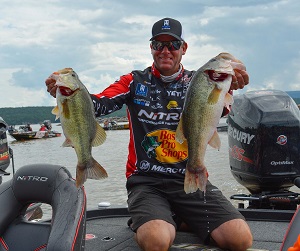 the first time, but in this case the excitement is the anticipation of walloping bass and cashing the big check.

"I'm most excited about fishing in South Dakota," said VanDam. "Because of its smallmouth bass, Oahe is expansive, and no one has any history there. It's a clean slate."

"I'm most excited for Lake Martin in Alabama," said Bertrand. "It's so early in the year, it may be a winter fishing tournament. We don't get much cold weather in Arizona, so it's fun to fish different conditions.

"With it being the first event of the year, it's important to do well and get momentum going in the right direction."

"I'm excited about Kentucky Lake," said Shryock. "It's an incredible fishery and we should be getting there at one of the best times of the year in May."

"I'm pumped about a bunch of them, but maybe Kentucky Lake when we go," said Crews. "It's a huge fishery and we rarely go there outside of ledge fishing season. 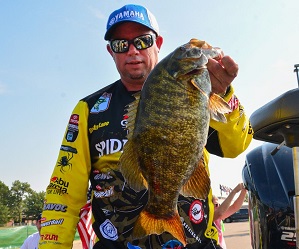 "It's zero advantage or anything for me, just fun to fish that lake."

"I would have to say I'm most excited about Kentucky Lake," said Lane. "I won there in 2009 offshore. I have never gotten a check there since or this early in the season.

"May should be an awesome post-spawn shallow-water bite."