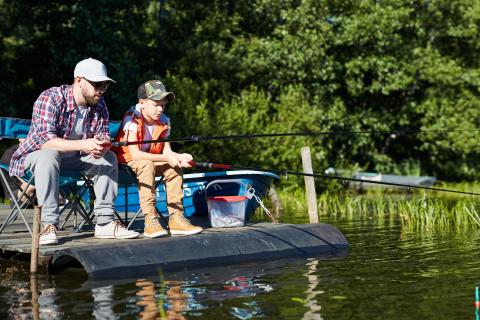 What Are the Best Live Baits for New Fisherman to Use?

When starting out as a new angler of any age, there are two important things to remember. First, you want their fishing gear and the fishing method to be simple. Inexperienced anglers don't want the frustration of fancy equipment or finicky fishing methods. Keep it simple! Second, they want to experience lots of 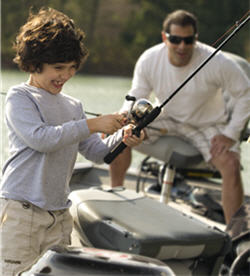 success and as quickly as possible. This is especially true for youngsters who won't have a lot of patience those first times out.

Focus on methods and fish species that will produce action! Panfish and catfish are great choices. The best gear is the simplest - a hook and a sinker suspended under a fishing bobber. Be sure the float is large enough and brightly colored so it can easily be seen by the angler, but not too large that it won't detect bites and may frighten away smaller fish. 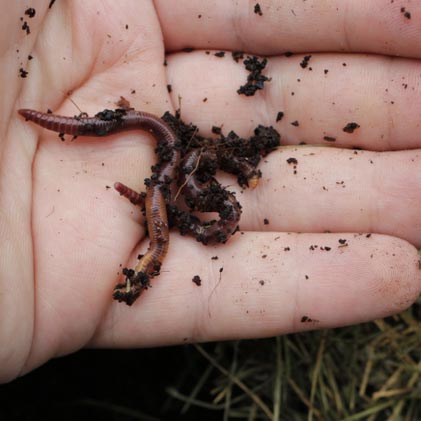 For this kind of fishing, live bait is definitely the way to go! Here's a breakdown of the most common and popular live baits for beginning anglers. The action they'll produce will help keep new anglers interested and coming back for more.

Earthworms or angle worms, are the most universal bait for freshwater fishing, They are a preferred food of many, many kinds of fish. 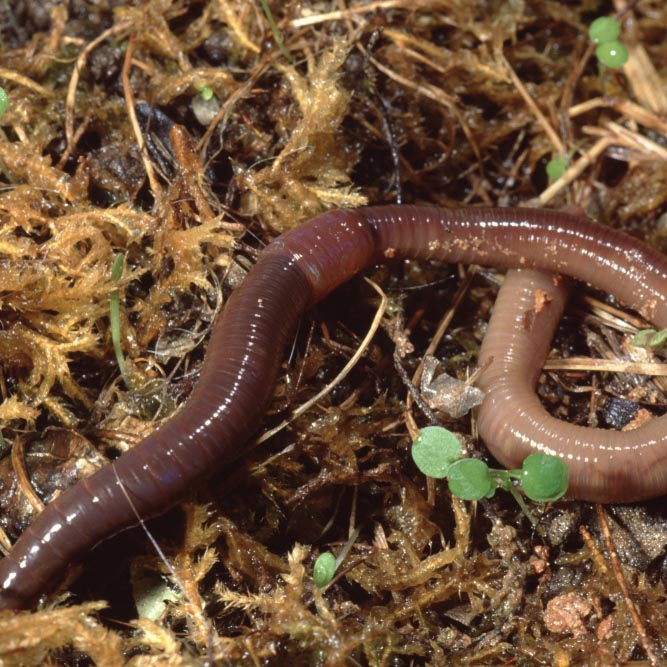 Earthworms are widely available at bait shops or by simply digging in moist, fertile soil. Works are a great bait because they keep well. Just make sure the soil you keep them in is cool (not cold) and is moist (not wet). More beginning anglers catch their first fish on angle worms than any other kind of bait.

Nightcrawlers - or just "crawlers" - are earthworms on steroids. They live most everywhere with moist, fertile soil like gardens and lawns. You can buy nightcrawlers at most any bait store and even gas stations in fishing country. However, going out with a flashlight on a rainy night to catch your own in the yard or a local park is an add-on adventure most kids will love. Since crawlers are larger than earthworms they might attract larger fish, but to catch panfish on smaller hooks, it's often necessary to segment crawlers, which some beginners find to be "gross."

Tip: The Berkley Gulp! Nightcrawler blends the scent, appearance, and taste of a real nightcrawler with the action, shape, and durability of a soft plastic.

Fishing With Live Minnows on Your Hook 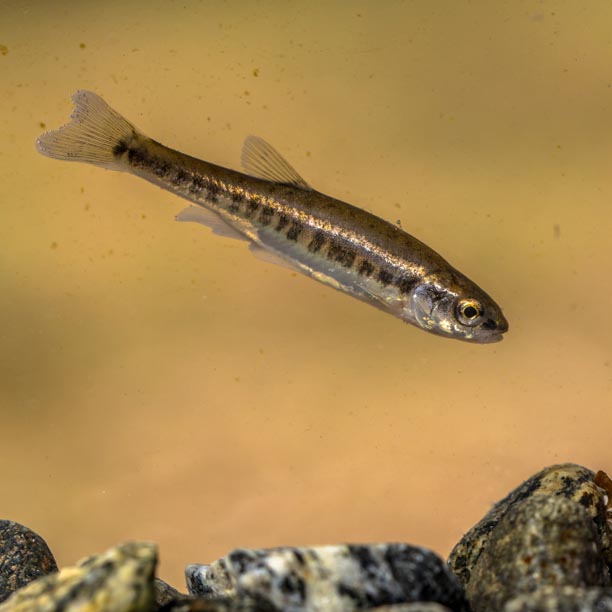 Minnows are simply tiny fish. They are not "baby" fish, but fully-grown adults of species that only get so big. Minnows for bait can be as tiny a an inch long to catch crappies or as big as 12-14 inches to catch muskies. Depending on the method of fishing you're using and the species you're after, there are many ways to hook a live minnow as your bait, but in most cases it's important to keep the minnow lively on the hook.

Leeches Are One of the Best Freshwater Baits 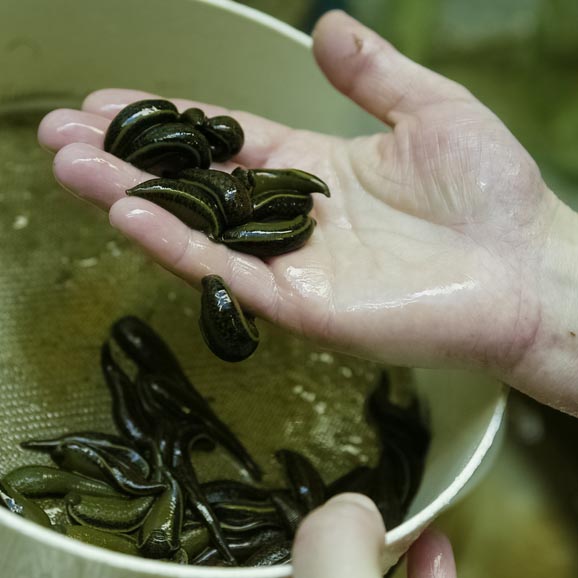 The most common reaction from anglers using leeches for the first time is "Eeeeeewwww! Gross!" However, when you can get them, leeches can be one of the best freshwater baits going. While ribbon leeches used for bait do have suckers that will latch on to your skin, they are not the same as the leeches known as "blood suckers" which fish won't touch. The best way to hook a leech is right through the middle of the large suction cup. 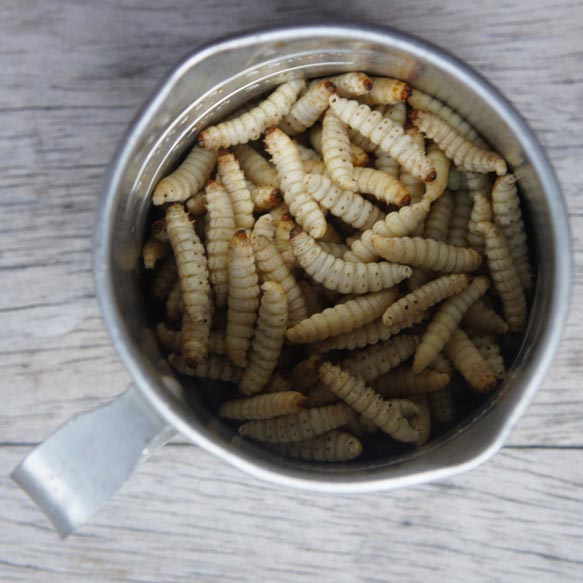 There are many kinds of larval worms and grubs used for fishing bait. Most are lighter in color than earthworms or leeches, and they are small - from about a quarter-inch up to an inch or a little bit less. Varieties and availability are more regional, so ask your local bait shop what's working to catch fish and what's available in the area/season.

Many Fish Feed on Crickets and Grasshoppers 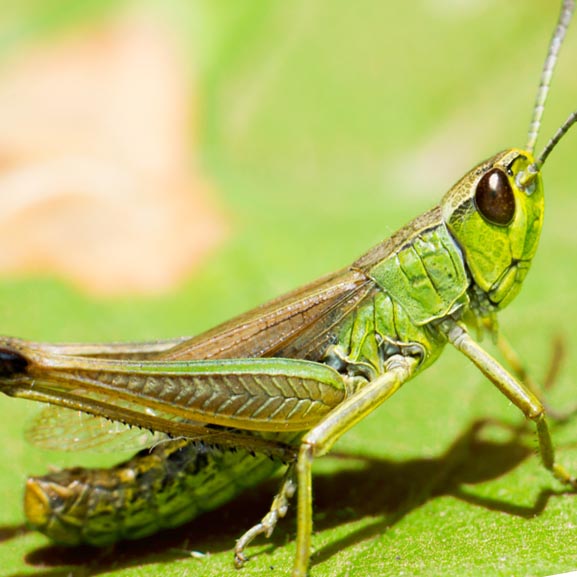 These insects are natural foods of many freshwater fish, but especially trout. They are available seasonally from the bait store or pet shop, or you can catch your own. Catching hoppers with a net is a fun way to spend a late summer afternoon, but is usually a pretty inefficient way to gather fishing bait. You'll spend more time fishing if you get them at a store. While you're there, ask them to show you how to hook the hoppers so they stay lively. 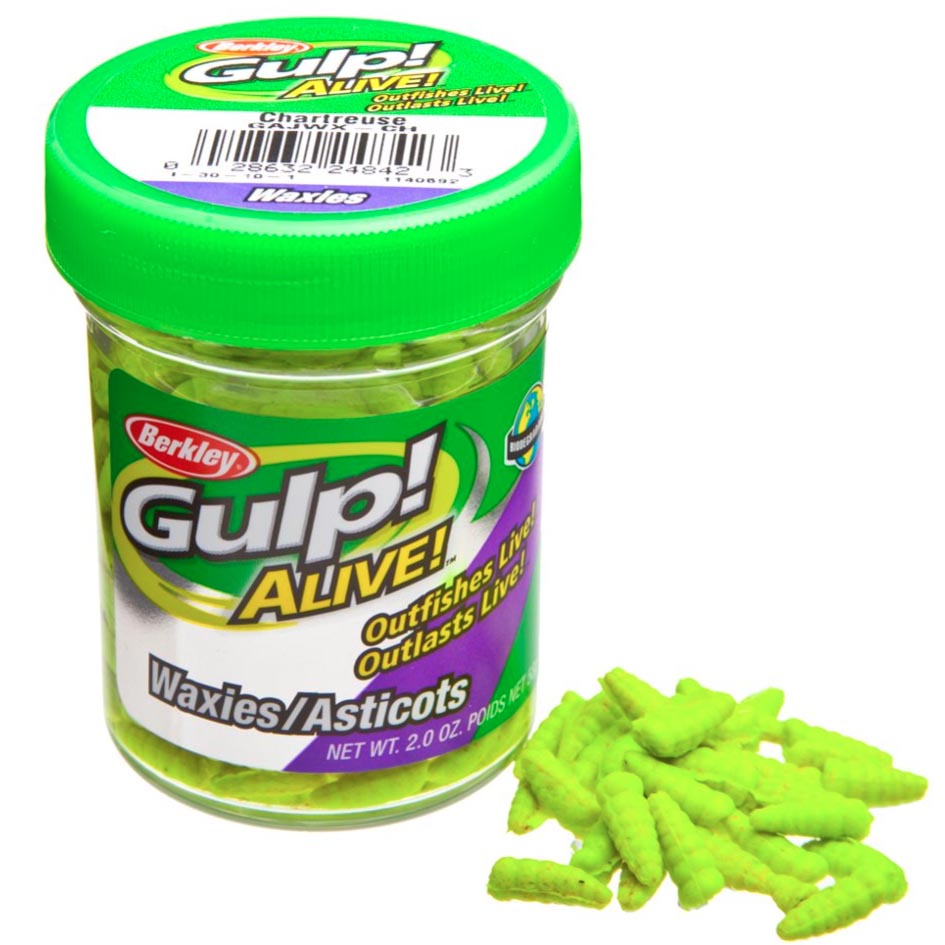 No, it doesn't really count as truly "live" fishing bait, but many companies like Berkley who makes the Berkley Gulp! Alive! Micro Baits make artificial waxies and plastic soft bait products that work really well. They include natural scents and flavors and, in some cases, are made to mimic various types of live bait in appearance. The advantages of artificials is they stay on the hook well, they last a long time (in the water and in the tacklebox), and they pretty much eliminate the "gross" factor - except sometimes for their smell.