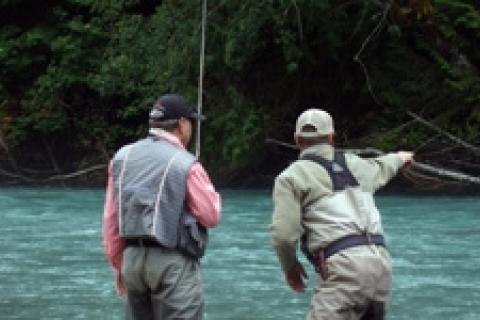 For the past 10 years, my increasing angling focus on Alaska and Canada was fueled by the quest to fish for salmon. Whether by river, stream, or open ocean, I was happy to pursue pink, coho, and the mighty Chinook. During this span of time, the name Pitt River Lodge was often disgorged by the angling travel pipeline with torrents of praise and reputation for memorable and scenic fishing. 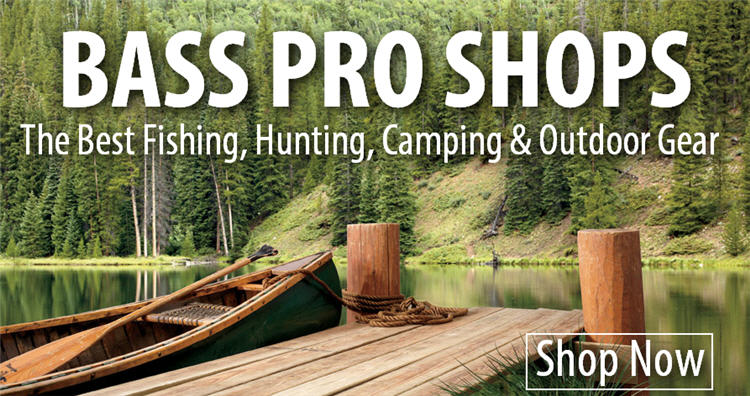 Pitt River Lodge was getting kudos as a crown jewel/must-visit place when angling in British Columbia. One of its best distinctive features was the stability of providing superb fishing in scenic environs less than two hours from downtown Vancouver.

Their name cropped up so much, that I began to do more in-depth research on the Internet. My studies revealed a balanced, professional operation of approximately ten years duration. Not only did they offer fishing for Chinook, coho, chum, and sockeye salmon- there was viable full-blown fishing for sea-run bull trout as well as lake fishing for sturgeon that reached epic sizes.

The major fishing formats were by float trips, but jet boat trips were available for lightning-fast travel to the upper portions of the Pitt River. Four full time guides (including owner Danny Gerak) ran their fishing program. I was delighted to find out that Pitt River Lodge's angling philosophy included a broad demography of light tackle anglers as well as fly fishers.

The physical "plant" aspect of the lodge sported many rooms with private bath, maid service, an entertainment center, and huge dining room with table — as well as the lodge itself — built of the finest woods. Meals were taken as a group and would include (amongst others) steak and garden vegetables, roast beef and potatoes, spaghetti Bolognese as well as sumptuous deserts.

With all these marvelous aspects, who could say no? I made my plans for the following August, which appeared to be the peak season for the largest varieties and numbers of salmon and trout. I chose the fishing package that involved two bracketed days of travel and four days of fishing. 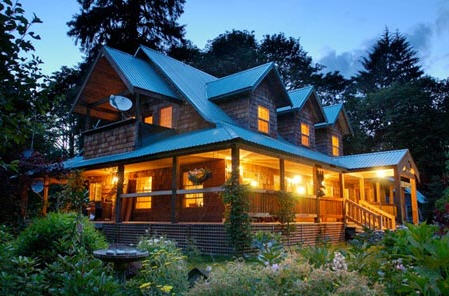 Off to Pitt River Lodge

Although anticipation has a way of slowing time, the year passed quickly and my wife and I were happy to headed to Pitt River Lodge as summer was nearing its' end. We flew from Miami to Houston to Vancouver. I'd made arrangements far in advance to have a car drive us from Vancouver airport to the transfer boat on Pitt Lake — all of these arrangements worked seamlessly. When we arrived at the lake, Danny came up to introduce himself and we made our greetings. After loading our luggage onto the covered vessel, we settled in to an incredibly scenic jet boat drive that gave us wooded, bare, or snow-capped mountains as companions from the get-go: happily, they never left us during our entire stay.

After getting situated into ours rooms, dinner was served. I was impressed that the lodge offered complementary wine with our dinners. The steak, fresh garden vegetables, and chocolate cake were excellent. After our meal, we sat down with Danny to discuss the exact fishing plans he made for our next four days. He told us that the format was to be a jet boat day, a float trip next, and drive-in bank fishing for the final two days.

After a hearty breakfast we met our guide, Gary, in back of the main lodge building. He told us that his jet boat was tied to the bank of the Pitt River only fifty yards away. As we walked to his vessel, he grabbed one of the lodge's 9-foot spinning outfits that sported a reel filled with 30-pound braided line. He also took along a handful of variously colored large spoons that had barbless hooks in accord with BC's fishing rules. He told us to hurry to his vessel as he wanted to be first at his favorite salmon pool — by "first", I was to find out that he was referring to the one other party we would see all day.

As we got into his boat, we were happy to see that his notorious dog Archie was waiting for us in the cockpit- Archie would be with us the entire trip that day as companion and "protector." During an exciting ride upstream over what seemed to be mere inches of water, Gary explained that he wanted a heavier rod than the two steelhead-model spinners I had brought from Miami — he felt they simply would not be strong enough to handle fish that could push forty pounds in a swift current.

Gary's facile jet boat piloting took us through all kinds of rocky shallows without so much as a bump. He pointed out the pool we would be fishing as we ran through it. When he saw my puzzled look regarding his speed, he told me that running jet boats can often stir the fish into a more active, striking mode — this was so contrary to standard inshore Florida tactics. But Gary was the expert, and I believed him.

He quickly turned into a shoreline above the pool and secured the boat by anchoring into the rocks way up on the land itself. We — three adults and one big dog — all got out of the boat and walked down to the edge of the pool. Gary tied on a large silver spoon to the thirty-pound fluorocarbon leader. He pointed to the far rocky wall across the river that he wanted me to cast to — the strategy would be to work each presentation about five feet downstream per cast. In the first ten minutes I had 2 thumps that appeared to be light strikes.

Perhaps 50 down from my starting point, I had a solid strike and the rod bent deeply. Halfway in the stream, the fish shook off the barbless hook. The same thing happened again ten minutes later. I kept thinking to myself how much easier this would be with a regular hook. After another five minutes passed, I had a solid strike and I struck back hard. I was careful to keep a good bend in the rod as the fish ran back and forth in the pool. After ten minutes passed, I was able to bring the salmon to Gary who intended to "tail" the fish. I could clearly see it was a nice Chinook (or "spring" as they call it in BC) of about thirty pounds. As he grabbed the tail, the fish gave a violent twist of its' head and the hook pulled lose. I contented myself that if we had a net, we could had held the fish for photos- but this was clearly a released fish that was at our feet.

We worked the pool for a half-day and then ate lunch. After that, we fished a series of pools downstream that we boated to. I had a few more light strikes that Gary was sure were bull trout.

Today we were to fish with guide Kade on a float trip. The drill was simple: Danny trucked the raft far upstream of the lodge to the launch point. We would then fish our way all the down to the lodge, which would take the better part of the day.

The water level had risen a tiny bit and the water had a tiny bit more 'color" to it. Kade felt sure I would have success and I did! In the marvelous float trip where we saw bears, eagles, and deer, I was able to release six beautiful bull trout to four pounds.

This was the first of two days that Danny himself would guide us. After another hearty breakfast of eggs, sausage, and pancakes, we hopped into Danny's truck with three spinning rods and loads of spoons. He promised us that we were in store for a fishing treat in one of his favorite secret spots...but he warned us we'd have to be on the lookout for bears while we hiked and fished.

After a half-hour of driving, he parked his vehicle and we carefully hiked about three hundred yards to a very remote-looking spot. On my first cast, I hooked and released a magnificent bull trout of six pounds. Working my way downstream, I released two more bull trout.

Danny then had us walk across a sandy beach to fish a specific pool. On my first cast, my lure was walloped by something quite strong and heavy. I struck hard and fought my adversary with constant pressure. In about ten minutes, I was able to lead a beautifully colored Chinook of about thirty pounds to Danny's feet. We were able to pose the fish for photos and I was delighted.

We spent the rest of the day exploring with Danny. He also took us to his under-construction new fly fishing only lodge that was even deeper into the wild than the original we were staying at. This new venue is sure to be a hit and the view behind it is breathtaking!

After breakfast, Danny told us to hop back into our trusty truck for a new adventure. He took us to some pools not far from the lodge- but these streams were loaded with chum salmon and would provide us with new adventures. The first area had three black bears around it as well as some unresponsive fish, so we left it.

Danny had us walk about three hundred yards downstream and told us to cast into a beautiful pool. I hooked up instantly to a wild free jumping and hard-pulling chum salmon. I released this fish about five minutes later and we estimated its' weight to be 12 pounds. We had a day that dreams were made of and I released about 25 salmon to 15 pounds. It was an unforgettable experience.

It's always a good sign that when an angling trip comes to a close that you've already booked the next trip there....Pitt River Lodge is that kind of place!

Jan Maizler is a veteran writer, author, editor and blogger with over 40 years in the outdoor writing field. He has written eight books and more than 600 articles for all the leading saltwater angling magazines, as well as many prominent websites. He has traveled all over the world and is past International Game Fish Association world record holder for permit on 4-pound line and bonefish on 2-pound line.
END_OF_DOCUMENT_TOKEN_TO_BE_REPLACED