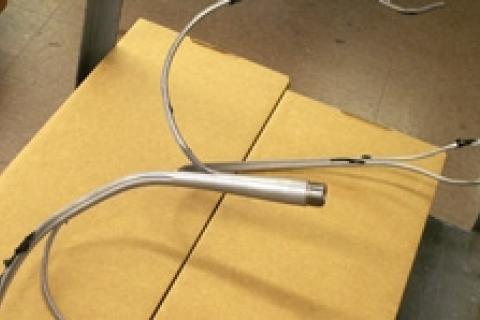 Normally going south isn't a good thing unless you are headed on vacation. Firearms are no different, and, as a gunsmith, I see too many firearms headed south.

Take the rifle that came in for the third time because the bolt would not close. Keep in mind this was a semi-auto rifle. I noticed the name on the repair tag and took a vested interest as I am the gunsmith who performed the work on the rifle the first two times.

I did the normal routine: disassemble and everything looked to be in order. I reassembled the rifle and test fired it with three different ammo specifications.

The rifle operated like a well-oiled machine. I scratched my head. I started looking at the rifle more closely. I again disassembled the rifle, as I removed the bolt I found a clue: The top of the bolt had a single rub line against it. This just happened to match up with the base screws. It seems the owner had switched the base screws and one protruded into the receiver enough to keep the bolt from closing. Of course when the owner had brought the rifle into the shop the scope and base had been removed. We put in a call to the owner who delivered the base, the screws were fit and the rifle now operates as designed.

Most cases of a firearm headed south is of the owners own doing, like sticking a patch when cleaning or firing an overpowered hand load or using the wrong ammunition in a rifle or shotgun. Don't laugh and say it can't happen to me — I see it nearly every day.

Another issue I see is when the owner forgets to remove the boresighter before firing. A real no brainer, right? Wrong. Several times each year a rifle comes into the shop with a bit of the barrel split. In most cases, the only damage is to the end of the barrel. Often it needs to be cut off and re-crowned. However, I've seen stainless barrels spilt the entire length. In the latter case, the barrel must be replaced.

Another issue I see often is using an improper cleaning agent. If it's not meant for firearms, don't use it and even then be sure to try it in an inconspicuous place first. For example, everyone loves the new camo finishes on the latest firearms, but some cleaners work like paint stripper and will remove the painted surface.

On the subject of cleaning, do not substitute an improper cleaning rod or patch. If your rifle is a 7mm, use a cleaning rod and patch designed for a 7mm. Unfortunately, I have had to replace more barrels than I care to recall because someone stuck a patch in the bore and then to add insult to injury, tried to remove it by driving another rod into the bore which resulted in breakage. I'm a gunsmith, not a magician.

If you stick a patch or cleaning rod, stop and seek professional help.

Finally, if you plan on disassembling a firearm, be sure to familiarize yourself with the instruction manual that comes with every new firearm. If you don't have the booklet, then look up the firearm on the Internet. This will explain how far to disassemble and will not only save time and frustration but money, too.

A little caution and a bit of common sense will take gun ownership and proper care a long way.

Is a 20 Gauge Shotgun Enough for Turkey Hunting? (video)

A Guide to the Modern Slug Gun

Steve Felgenhauer is a freelance writer in St. Louis, Mo., whose passion for the outdoors is non-stop. After serving in the U.S. Marine Corps, he went on to pursue a career in gunsmithing. Soon afterward, he began putting his expertise of firearms into written form.