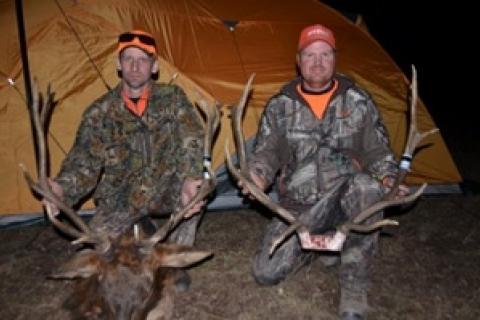 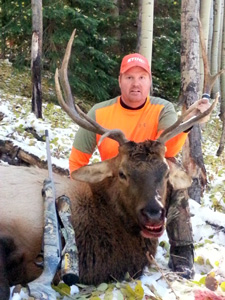 Heading to the mountains to hunt elk on foot is a lofty goal for any outdoorsman. Elk live in some of the most remote, rugged country in the continental United States. Making the decision to hunt them on their own turf is a decision that will require a year, or more, of commitment to time to choose a destination, acquire permits, get in shape and execute a well organized plan.

Elk range over a wide geographical area in the West. Choosing a state to hunt is largely a matter of personal choice. However many considerations have to be taken into account, including costs, travel time, restrictions and availability of hunting tags. The best areas require draws and the very best areas may take years of accumulating preference points before you have a hope of being drawn.

Once you narrow the options down to a single region of choice, the search begins for the exact unit you wish to hunt. Study regulations carefully. Often elk tags are good for only one unit. At times they are good for several units are for an entire state.

Study game and fish department statistics from previous years to determine numbers of kills per unit. Too, you can often determine what areas hold the most or biggest bulls.

Once a specific area is chosen to hunt, it is ideal to make a trip to the area simply to become familiar with the lay of the land. Spending time during the actual hunt to scout the area eats into your actual hunt time.

Serious physical training must begin months prior to making a backpack hunting trip for elk. Thad Wende and Kevin Beam, of Kansas, begin their training in the spring before a November elk hunt. “I started out hiking several miles at a time several times a week,” Wende said. “Soon I added my pack with 25 to 30 pounds of weight in it. By the end of the summer, I was up to 4 miles each day with a pack loaded with 70 pounds of gear.”

Chad Wende had hunted his chosen area in Colorado the year before and liked what he saw. However, he determined that backpacking in from a base camp would put him further into prime elk hunting.

Wende and his brother-in-law, Kevin Beam, arrived at their base camp site on Friday, before the Saturday opener. They were the only camp at the end of a very rough and muddy Forest Service road. They used chains on their 4-wheel drive truck  to get their.

Deep snow kept them close to camp for a couple of days until the snow meted down. Wende and Beam were well prepared to stay out three days and two nights.

On Monday, the ingenious backpackers headed out with full packs. Around 2 p.m. they spotted a bull with four cows. Using patience and stealth, the hunters descended 300 feet, and utilized the wind to close within 75 yards. “Quartering an elk in the dark is an experience,” Wende said. “Having a GPS to mark the spot proved invaluable.”

On Wednesday, Wende and Beam headed out again, planning to stay out two days. They penetrated the mountains only another 700 yards more than on Wende’s hunt. They had only been glassing for 45 minutes when a bull charged over a ridge at 60 yards, while chasing cows. By the time Beam managed a clear shot, the bull was 170 yards away. A perfect shot dropped the bull in its tracks.

“A stroke of luck allowed Kevin to get back on the mountain so quickly to get his bull after my hunt,” said Wende. “Chance Berry had a camp set up not far from us. We hired him to pack the bulls out. What a time saving move!”

Wende and Beam experienced exciting and successful DIY elk hunts on public property because they had a plan.

Elk Calling: What You Need to Know Before You're in Elk Country (infographic)

Do You Speak Elk? (Audio Quiz)