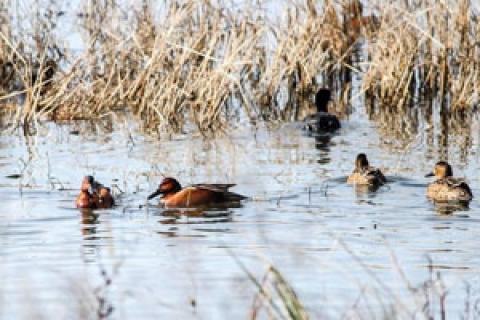 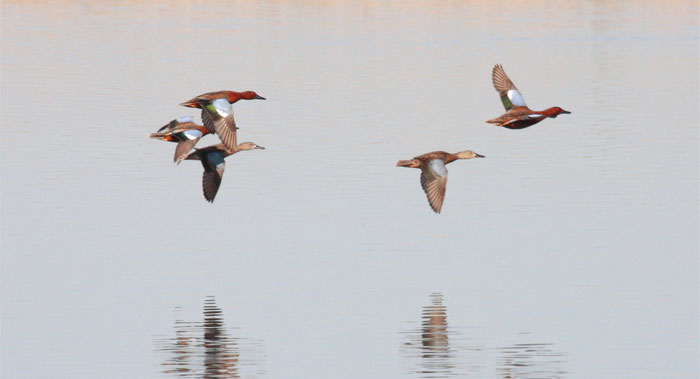 Hunters often look forward to early teal season as the first opportunity to hunt ducks for the year. The reason for the early season is the teal's intolerance of any cold weather, especially the Blue Wing Teal. These little ducks start migrating in mid-August and are usually long gone before most states open regular season hunting.

While many hunters jump at the chance for their first duck hunting of the year, they're also prone to making some pretty common mistakes trying to hunt teal. But fear not. Fixing these mistakes is pretty easy and can lead to better, more enjoyable hunting adventures.

Hunters usually have one duck gun they practice with before duck season arrives, and more often than not, it's a 12-gauge of some variety. You may think that for teal you need to use a 20-gauge and that is a mistake. While a 20-gauge does make for a great teal gun, why not just use that same gun you've been using for ducks and geese and are accustomed to shooting? A light 12-gauge auto that you can swing fast and shoot well loaded with #4 or #6 shot and a more open choke can be a downright deadly teal combo.

3. Look for Teal in the Wrong Places

While mallards and other puddle ducks may drop in on water that is pretty deep, the best place to look for migrating teal is the muddy flats and marshes, especially off bigger bodies of water. Look for those little fingers and inlets off bays and lakes that are weedy and mucky to set your decoys. Small clumps of realistic decoys, like the Redhead Reality Series, placed around clumps of natural vegetation can be very effective.

They make a lot of ventilated camo clothing for a reason. When it's hot, dress appropriately. One mistake teal hunters often make is dressing too warm, not realizing that there's often a bit of slogging it out through mucky, muddy marshes.

Unlike many other ducks, teal are pretty forgiving to mistake in the blind. They are one of the more curious duck species, so they often decoy very well and focus on the decoys when they see them. Just relax and enjoy the hunt. Instead, do all your thinking beforehand with copious amounts of scouting. Scouting teal locations and being in the right spot will solve most problems hunters worry about in the blind.

With mallards, the hens are what you're imitating with most calls. The "quack" of a hen blue or green wing teal is very hard to emulate. Drake blue wings whistle, while green wing drake calls sound like a "peep-peep." If you're not well versed in "duckanese," stick to the whistle and try to sound like the drakes.

4 Ways Your ATV Can Make You a Better Hunter

8 Must-Have Items to Outfit Your ATV for Hunting

Derrek Sigler has been an outdoor writer since 1999, but if you ask anyone that knows him, he’s been telling fishin’ stories since he was old enough to hold a pole. He writes about the things he loves, hunting, fishing, camping ATVs and the outdoor lifestyle he enjoys with his family. He currently writes a syndicated outdoor and ATV column as well as working as a regular contributor for several magazines and online resources.