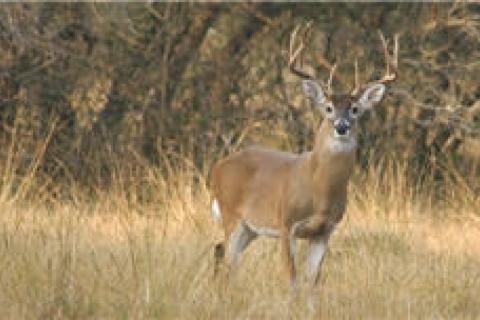 The rut can be feast or famine. Here’s how to ensure a ­successful harvest year after year
Article by Scott Bestul.

Unlike most of his prospective clients, veteran Nebraska guide Rick Kreuter realizes the rut is not necessarily the best time to take a trophy. “Most guys want to come then. But I try to steer them away from that time frame,” he says. “The fact is, big bucks are very unpredictable during the rut, and you need a few tricks up your sleeves to score.”

Nonetheless, Kreuter puts shooter bucks within killing range of 70 percent of his bowhunters and 90 percent of his gun hunters, year after year, during the whitetail breeding period. Below, he reveals five secrets that can help you take a mature buck during this year’s rut. ??

[1] His Mantra: "Expect the unexpected,"Kreuter says. ?Everything I learn about a particular big buck during the preseason and early season goes out the window once rutting behavior begins. As early as mid October, I go back to scout mode. By then, I know the real trophies aren't acting like other deer. I glass, speed-scout, check trail cams, and stay ready to react to whatever mature bucks are doing.

[2] His Secret Weapon: "I rely on a buck-and-doe decoy com­bination now. I set the pair up so the buck is standing over the bedded doe. That's a huge visual cue for a mature whitetail. He may ignore a lone buck or doe deke, but that breeding pair will usually make him come."

??[3] Big-Buck Know-How: "By the time we see obvious signs of the rut--bucks chasing, does running everywhere--the real trophies are already paired up," Kreuter says. "I'm convinced that when the very first does come into estrus, every big buck in the area knows it and is already acting on it. You may think the rut starts in November, but I've found that it starts at least a few weeks earlier for mature bucks." ??

[4] Big-Buck Myth: The majority of my clients think they need to sit over a hot food source during the rut. They believe a big buck is going to show up there because of all the other deer activity. Sure, that strategy can work out, but it's usually a long wait since big bucks rarely visit these areas before sundown--even during the rut. They spend most daylight hours away from the majority of other deer, and if you want to put a tag on one, you should do the same.

[5] His Secret Plan: "When scouting tells me where a big buck is bedded, I set up along a nearby funnel or pinch point. It's not critical that I know the buck's final destination once he starts moving, which is unpredictable during the rut. As long as the terrain or cover will steer him past me along the way, I'm in good shape."

If possible, Kreuter hangs a stand, but monster deer tend to hang out in odd, brushy spots where he can't. I don't hesitate to put a client on the ground," he says. "I'll place him in the shadows and dig an 18-inch-deep ditch for his feet so it's as comfortable as a chair. He also makes sure there's plenty of cover at the hunter's back. "I tell my guys "more cover behind, makes the best blind."

For a bow hunt, Kreuter sets out the buck and doe decoys and urges his client to rattle and call...and to be patient. "Most of our really big deer are killed between 10 a.m. and 2 p.m. Guys who can sit all day even if they don't see a bunch of deer have a great shot at a giant."

Don't Wait For November To Kill a Rutting Buck

October Lull? In Fact, Buck Activity Will Increase This Month

Founded in 1895, the magazine strives to capture the excitement of the outdoors, to be a reliable source of how-to information, and to promote conservation and sporting ethics.

Field & Stream readers define themselves as hunters and fishermen. Their passion for these pursuits…