Boating: It's Safety First With These Navionics Features (video) 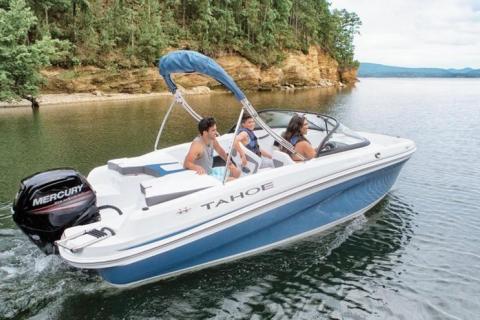 Ever drive your boat up on a dry mudbank, shoal or sandbar? Hit an unmarked hazard? Get lost in the fog? Lose your electronics due to a lightning strike and not be able to find your way back? 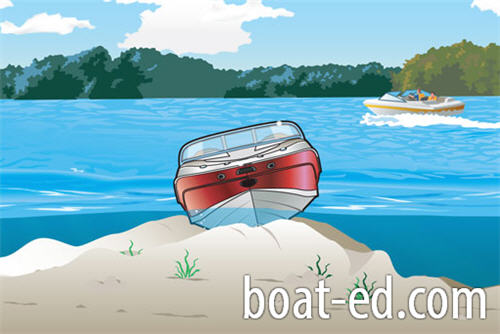 If you answered yes, chances are your stomach turned just thinking about it.

We’ve all been there.

If you run aground while traveling at a high speed, the impact not only can cause damage to your boat but also can cause injury to you and your passengers.

Tip: Boat Safety First! Get a Boater Education Certificate from your state or country

After talking with Paul Michele, National Sales Manager for Navionics (Americas), he pointed out some key features that Navionics have developed and included into their mapping to keep boaters safe, protect their investments, and help to eliminate the worry that sometimes comes with boating.

Knowing the Water Current Information is Key to Safety

Michele pointed out that boaters sometimes hesitate about spending $200 on an updated navigational chart for their navigation system yet shell out thousands upon thousands for boat insurance, boats, electronics, plotters, and props.

Consider a Navionics chip as sound insurance for safe boating and sound boating practices. Upon purchasing Navionics mapping, the owner gets one free year of updates for their map.

“This is an updated chart vs what you get in the plotter,” Michele said. “Whatever data you get with the plotter could be 20-years old, whereas our date is from the last day or two.”

Navionics does 10,000 updates per week to their mapping. “Whether we get new information on surveys, Government information, or new sonar logs, there is the ability to update your chart anytime you want for a year.”

Michele is noting an upswing in the number of users starting to understand the value of updating the maps.

For other boaters, they have purchased a Navionics map in the past but it is now outdated. For $99, they are able to pay online and downloaded an updated map or they can purchase the map from a retail outlet.

“Some anglers stay in their little area and generally think they are good. In the last 3 years, we’ve seen a significant increase in the 4-500% range of people updating their maps, paying 99$ to update their charts makes sense."

In 2017 thus far, 15 million miles of sonar logs have uploaded so far as opposed to only 7.8 million last year.

“People are getting over the hump of sharing data. We aren’t highlighting where people fish and if you really don’t want to share a specific area, turn it off!"

Perhaps the boater or angler has been out of the game for a while and the mapping chip they had doesn’t have the capacity to hold the newest updates. Or, maybe the boater purchased a chip from a competitor, Navionics has a solution.

The purchaser a Navionics Update SD card and download whatever areas they navigate, pay $99, and be totally up-to-date with their marine navigational mapping

Navionics Plus vs Platinum Plus

First and foremost, both of these chips offer the same navigational hydrographic mapping. 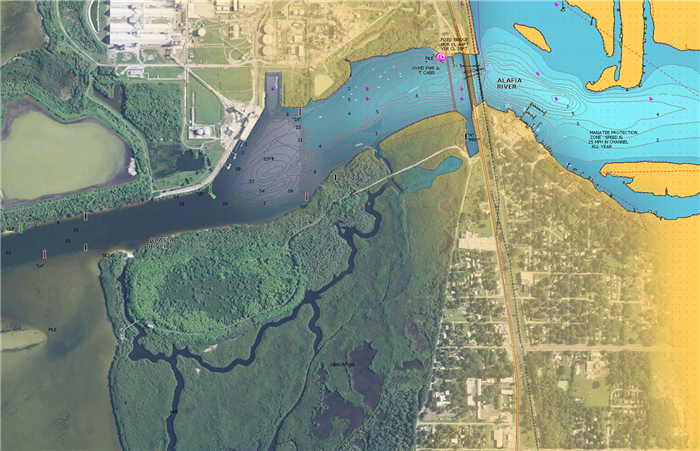 That said, not all plotters can run the Navionics Platinum Plus chip that has the satellite overlay. Customers are encouraged to check the compatibility of their marine electronics before purchasing any mapping.

Navionics Platinmum Plus satellite overlay - Click for a larger view

Michele is a firm believer that the more data you have available to you, like that offered by the more expensive Platinum Plus chips, the better the chart will suit the boater depending on where they travel with their vessel.

More are using the panoramic photos that are included on the Platinum Plus mapping especially those sailing or cruising into an unfamiliar area. 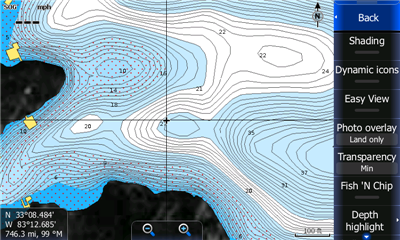 Channel Markers - Properly following channel markers that outline safe navigational passages or water hazards are key. By referencing your Navionics map for the body of water that you are navigating, you can safely travel day or night.

Community Edits - This feature allows users to input regional information that may just have happened. This could be a sunken vessel, a found stump or rock pile, rebar sticking out of the water or an unmarked shoal. Boaters need this information immediately and Navionics facilitates that.

“Users can use our app to put that information directly on the charts so people can know right away there is some kind of change to keep them safe,” Michele said.

Safe Route of Passage- Users can use the auto-routing feature in their boat settings that will automatically route where they want to travel to. The feature allows users to pre-planning and be confident in whatever course of travel they are going to take.

Shading Contours - Perhaps a boater knows that a particular depth range is safe to always navigate through, they can use their Navionics mapping to shade those depth contours so that they have a safe area for navigation. Conversely, they might shade all water less than 5-feet deep so that they know to avoid it.

Bread Crumb Trail - Sometimes, anglers may have found safe passage through a tricky area, or possibly a safe short-cut, and want to be able to duplicate their return route back to their point of origin. Following the bread crumb trail will do exactly that. “It’s a big thing to know that I went this way going out and especially if you’re coming back you can just follow the bread-crumb trail in,” Michele said.

Navionics App - Michele can recount numerous stories told to him by boaters who lost their electronics due to being struck by lightning, a power surge, or malfunction leaving them stranded with no sense of direction. By having the Navionics App installed on their Smart Phone, it could save their day, their trip, or their life.

“First off it uses cell phone signals that triangulate where you are, but if you don’t have that, all of the more modern smart phones have a GPS in it. As long as you have the app downloaded, you open the app, and you can use it like a handheld GPS. We’ve had countless stories where people that have told us that our app as a back-up saved us on occasions when we needed it,” he said.

To date, 7 million copies of the Navionics app have been downloaded.

WIFI Connectivity - A really neat feature is that it is possible to update chart info and automatically uploaded pre-planned routes and GPS waypoints with WIFI-compatible units.

To transfer the data, simply connect the Connect WIFI on your phone to the unit for the first time. Then, once you open the APP, it clues in to the unit that there is some data to transfer. This works with Lowrance and Raymarine units.

Once the info is downloaded to the unit, it still needs to be retrieved. This is how you do it!

YouTube is a great way to learn most any Navionics feature or just becoming more comfortable with your electronics.

Also, for users who purchased the Navionics APP from iTunes, there is a HELP button at the bottom that when clicked, will open many features and also explains what the icons are and how to use different features of the maps.

Are You Boating Safety Smart? Take This Quiz to Find Out!

What's Your Favorite Type of Wine While Relaxing on the Water? (poll)

5 Revealing Questions to Ask When Buying a Fishing Boat