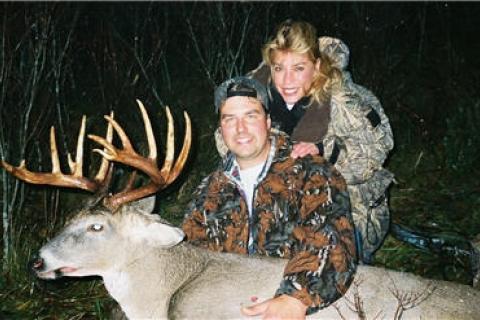 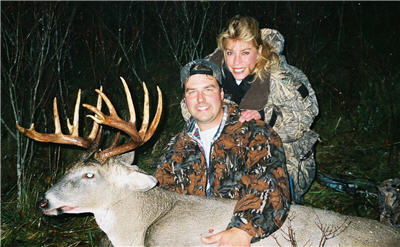 How often have we as hunters sat in our deer stand, wind blowing the wrong direction, hoping that the animals won’t pick up on us?  I have to admit, there have been more times than I can remember. Whether it was a switch in the wind while in stand or just plain laziness, we have all broken the number one rule of big game hunting.

First hand experiences have sharpened my knowledge of this unseen dictator. We have to remember that everything in an animal’s world revolves around their nose and to be proficient as a predator we have to do everything in our power to prevent detection.

A few years back I was bow hunting the Rocky Mountains in North Western Colorado. I was perched in an old dilapidated wooden stand, overlooking a rock slide where the loose material had formed a bench. My outfitter had mentioned that a rather large chocolate boar had been seen in the area several times and I had a bear tag burning a hole in my pocket.

When I arrived in the stand, the mountain thermals were pushing the air currents straight up the mountain. A perfect situation because I was hunting over a water hole which had formed in the shale slide thirty yards below.

An hour after I had settled in, the wind switched to the north gusting lightly across the mountain face. As I was pondering the thoughts of this latest development, that very same bear rounded the corner of the farthest draw directly downwind.

Even at a thousand yards I could see the big boar swinging his head from side to side as he stood tall on his back legs. At that distance, I could have done a dance and he would not have seen, but he nailed me with his nose, unbelievable!

My quest for trophy whitetails brought me to Center Line Missouri. I was hunting whitetails during the first week of the gun season. I was situated at the top of a draw overlooking a cedar swamp and the neighboring properties CRP field that bordered the oak stand I was hunting.

As the sun broke the horizon I watched a mature 150" ten stand up in the thick brushy field only to drop to his belly and scurry to an over grown hedge row, look back, and drop down into another draw. On the way in, I walked a half hour out of my way to make sure the wind was in my favor, frustrating!

All I could think was "coyote". I sat for an hour with a sickening feeling when an unsuspecting hunter on the bordering property worked his way slowly up the same hedge row with the wind at his back. He had no clue that he had let a world class animal wind him from a half mile away.

I sat for the next two hours from my high vantage point and watched two other bucks work their way under me and up the same draw only to wind the clueless hunter and change direction.

On the third day of the 2011 Ohio muzzleloader season I had a switch in the wind at 10 am. I decided to vacate my location, drive around the small mountain, and work my way straight up a steep slope in order to get the jump on a buck I had been hunting for the last two seasons. By noon I was soaked in sweat, knowing that all the preventative measures I took to stay scent free were totally reversed.

An hour had passed when I heard the faint snap of a twig followed by the bark of a fox squirrel a few hundred yards to the north. Moments later, I saw the buck I was after, wind checking and getting nervous.  He stomped his hoof and instantly evacuated the area.

It took me a while to figure out what had just happened. After rechecking the wind direction, I knew he had pinpointed the exact location where I was perched a quarter mile away—two hours earlier! If I was still in that stand I would have never even seen that deer.

This past November, I had the privilege to hunt the Southern Rocky Mountain Front for mule deer. I positioned myself in a similar situation. I was half way up a mountain overlooking a lush meadow riddled with big buck sign, wind in my face.

The morning’s deer movement slowed so I decided to switchback my way up the mountain to the next ridge above. After gaining a few hundred feet in elevation I cut a set of really big mountain lion tracks.

I followed the extremely fresh cat tracks in the newly fallen snow. Stopping where the big tom had sat down in order to watch the valley below. Five minutes went by before I realized that he was watching me!  I looked straight down a hundred yards only to see my own tracks from where I sat for the morning hunt!

After surveying the tom's movements, I found that he had crossed two peaks, face in the wind. He stopped only to size me up then go on with his day. If that big cat wanted, he could have easily pounced on me. Talk about a hair raising experience! Gives one an uneasy feeling knowing that you're not on the top of the food chain.

One hunt really haunts me to this day. I was hunting Roosevelt elk in the Cascade Mountains located on the Olympic peninsula in Washington State. It was muzzle loader season and the state laws require non scoped traditional rifles only.

We were hunting on the west side of the cascades which is one of our country's few full-fledged rain forests. The landscape is similar to the forests of northern Michigan with one exception. Everything is much larger due to the massive amounts of rain fall.

Big bull sign was everywhere but the ten foot tall grass, ferns, and underbrush in the mountain valley were so thick there was no glassing or long range shots like traditional elk hunting. It took me five days  to position myself to get the jump on the animals.

Two hours into the morning I could hear what sounded like a bus barreling through the jungle of green. Firearm shouldered, I watched a magnificent heavy rack appear above the foliage. The 360” class bull was working its way directly to me when he stopped dead only forty yards away, vitals covered in underbrush.

The wind was in my favor and "it was only a matter of time", or so I thought. Ten minutes into the standoff the giant bull turned directions and disappeared in to the landscape. Thirty minutes later two hunters wandered down the same game trail from the opposite direction the bull had fled, wind at their backs.

I have seen firsthand how nature has equipped our quarry with extraordinary senses. Being a hunter who pursues mature animals, I have learned through trial and error that you have to play the wind if you want to be proficient.

There are many quality products on the market that will help with scent control but when hunting demanding environments perspiration sets us back. Everything we touch in our days in the field will add odors to the animal’s environment. More so than one might think.

Wind is the determining factor in every hunt. As hard as it may be, stands with the wrong wind direction should be left for another day and a missed hunt is much better than educating the buck you’re after. Lack of consideration will ruin your hunt and ultimately enhance that big bucks awareness of his surroundings, leaving you empty handed.

David, Great reminder but just to clarify, The mountains on the Olympic Pennisula are "Olympic Mountains". I believe Boone and Crocket only recognizes elk "west of Interstate 5" as being true Roosevelt Elk and the entire Cascade Range in Washington lies East of that highway.
I stand corrected Dean, thanks for the information!

Chasing Antelope With a CVA Accura

How To Layer – Apparel Buyer's Guide