What are the Best Bear Baits? 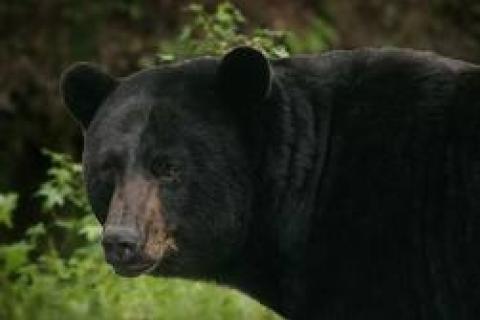 All bear hunters have their own secret baits and scents but the truth be known, most people bait with what is available. Here's what I mean by that. If you're baiting correctly, you're going to have maybe six bears coming in every afternoon. Six bears can put away the food! So, filet mignons may be the best bait but who can afford 300 pounds of filet mignons every two days?

So what it boils down to is that you're going to use what you can get high volumes of due to so many bears hitting your bait. Make sense? Now no doubt, certain baits are better than others. I've experimented with a million different kinds of bait. I've laid out smorgasbords. Once I laid out 10 different baits to see which they'd hit first. A bushel of cereal, peaches, cantaloupe, meat, apples and so forth. I've used meat, donuts, chicken nuggets, raw chicken, ground squirrels, fish, vegetables and the list goes on and on.

Here are a few opinions that I've formed.

Actually big chunks of beef aren't the best bait for a couple of reasons:

For the second reason, I say that smaller baits are better. They have to set there and scoop the food and can't gorge and move on. They have to scoop handfuls and that will take 30 minutes for them to fill up.

I used to have access to literally 15 barrels per day of chicken nuggets. They work great. They're greasy, tasty and the bears like them. Donuts are the best. They're sweet which is the ticket for bears, and they can't grab 20 pounds and go hide in the brush to eat them.

Sometimes if the weather is hot I've had meat rot and just be teeming with maggots. Bears will come in and scoop them up and eat them. I don't know if something can get too rancid for a bear to eat.

But a Bear Won't Eat Just Anything

In certain circumstances bears will pretty much eat anything but that doesn't mean that if something else is available that they won't favor that item. You'd think that they'd love peaches, but I've had baits that they came in and didn't even touch them.

I used to buy racks of day old bread. They'd come in and dig through the loaves of bread and eat the Twinkies. Sure, in some instances they'll eat bread but under normal circumstances you'll need to pour some ice cream or something sweet over bread for it to be a good bait.

And sometimes I think a variety is good. Give them some choices. I almost think if they aren't used to something they may not like it as much as bears in another area that are used to that particular bait.