Bear Scents: What to Use and How to Use Them 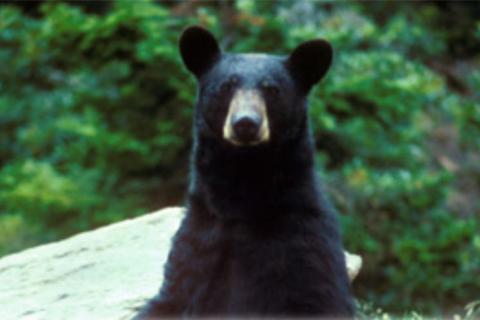 At least where I live there seems to be a bear in pretty much every dark canyon. So it doesn't really take much to get a bear coming in to your bait. What you want to do though is have four to six bears coming in. That way you can be choosy as to what you shoot. Plus, it's a lot more fun when you get to pass on a pile of bears in a year instead of one or two.

Plus, if all that I have coming in are sows, I don't panic. Near the end of May (perhaps middle of June), guess who shows up when they come in heat? You got it. The big boys. So then, sows are the best bait that you can have.

But let's get back to scents. A bait is what they eat; the scent will be what lures them in. I'd put meat in plastic bags and bury them in a 5-gallon bucket for a few weeks. Then tie a string around the bag and throw it over a limb and pull it up 10 feet high. Tie it off to another tree so a bear cannot get it down. (Beware, bears have an uncanny ability at being able to get your bait sack down.)

Take a stick and poke a hole in the bag. But be careful so it doesn't drip on you or you'll be a portable bait station yourself. I just poke one or two holes and let it drip. The sun will percolate it more. Then the thermals will carry the scent up the mountains in the mornings and down the mountains in the afternoon. Now instead of only drawing in one or two bears, you'll be getting them in from several canyons.

You can also hang your bait in tow sack bags. That lets the scent permeate out. I've mostly used beef but chicken gets pretty rancid and works well too. Then of course there are a lot of commercial bear scents you can buy. I've tested a lot of products for Tink's wildlife scents such as their Glazed Donut sprays or Code Blue Bear Magnet Savory Bacon.

After the bears start coming in, I quit worrying about keeping up my scent stations and focus on my bait, which is what keeps them coming. The bears will track out grease and be my unpaid advertisers from then on.

There are all types of secret recipes, such as honey buns, mixing in Kool-Aid with your buns, anise extract, etc. If you're spraying Kool-Aid around to some degree, a good rain can wash it off whereas grease will still stay in place somewhat.

It took me years to learn how to really be a bear hunter. After 10 years or so I had a couple of different old timers take me under their wings and that helped a lot. Happy hunting.